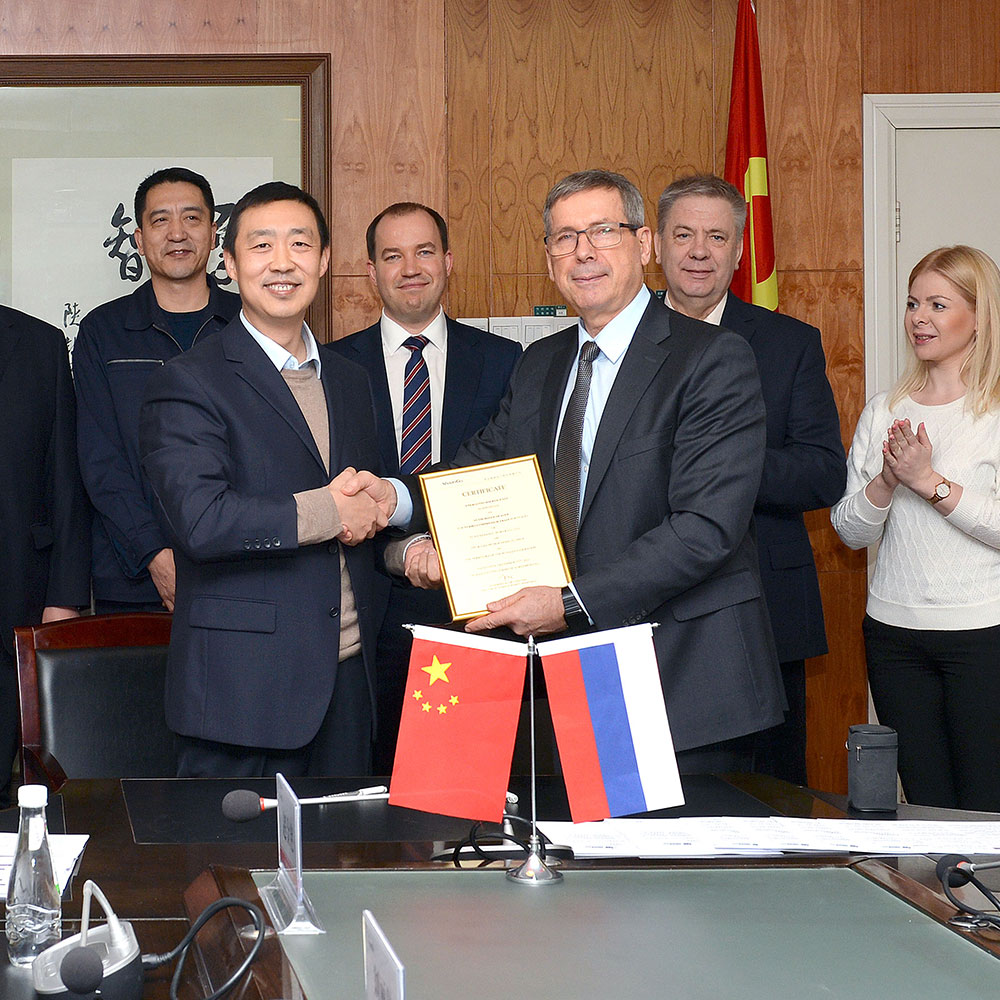 One of the largest manufacturers of turbocharger equipment in Southeast Asia Shaangu Power Co., Ltd (hereinafter Shaangu) and EnergoTechService (Tyumen) signed an agreement on cooperation. The document gives EnergoTechService the status of a Shaangu dealer in the oil and gas industry throughout the Russian Federation with the right to supply the entire line of equipment, spare parts, as well as provision of setup and maintenance services.

The partnership is aimed at satisfying the growing demand for solving problems using turbo-compressor equipment, turbo expanders, steam turbines, utilization turbines and combined plants for the needs of the nitrogen industry, petrochemical industry and other branches of the Russian economy. Shaangu views Russia as a strategic region for its development. In addition, the economic sanctions imposed by European and American equipment and technologies suppliers against a number of Russian companies operating in the oil and gas industries have opened up new opportunities for producers from South-East Asia. The cooperation of the two companies will enable EnergoTechService to significantly strengthen its position in the market of equipment and services for the oil and gas industry, and Shaangu to strengthen the status of the producer of modern technological equipment in the world and in Russia.

In early 2018, large-scale educational programs for engineers EnergoTechService, which will be held at the training center at the Shaangu plant in China, are planned. And in February 2018, according to the agreements reached, a group of specialized professionals from EnergoTechService and curators from the manufacturing plant will start operating in Moscow. The employees of the group will be authorized to consult customers, select technologies and equipment, prepare commercial proposals, and in the future - carry out the project and its support throughout the life cycle of the equipment.

"The combination of a high level of competence of the Russian side and our advanced technologies allows us to solve most of the tasks facing Russian oil and gas sector enterprises, not only today, but tomorrow," Shaangu general manager Mr. Chen Dangmin said at the meeting before signing the contract.

"Partnership with a powerful manufacturer of rotating equipment serves the interests primarily of Russian companies, and also creates a solid basis for further diversification of the EnergoTechService business," Alexander Svergin noted.

Shaangu Power Co., Ltd. - one of the technology leaders in Southeast Asia, having 50 years of experience in turbomachinery. The company produces a wide range of axial and centrifugal compressors for the extraction, transportation and processing of oil and gas, turboexpanders and steam turbines, as well as technological equipment for the chemical and metallurgical industries, electricity (including green energy). Shaangu offers engineering services, general contracting, integrated solutions in the field of energy saving, maintenance of gas turbine plants of several manufacturers. In addition, the company has experience in financing international projects with its own participation.

Shaangu is a public company with state participation (more than 60% of shares). On April 28, 2010, Shaangu successfully held an IPO and became a public company on the Shanghai Stock Exchange (No. 601369). Currently, the company's capitalization is 12.5 billion yuan (about 2 billion US dollars). The total number of employees in mid-2017 was 2,700 people. Shaangu - many-time holder of the "China Top 500 brands" award  and several other awards.

The EnergoTechService team has become the best in its profession in St. Petersburg (Gazpromneft)