Lease park in a quarter of a gigawatt 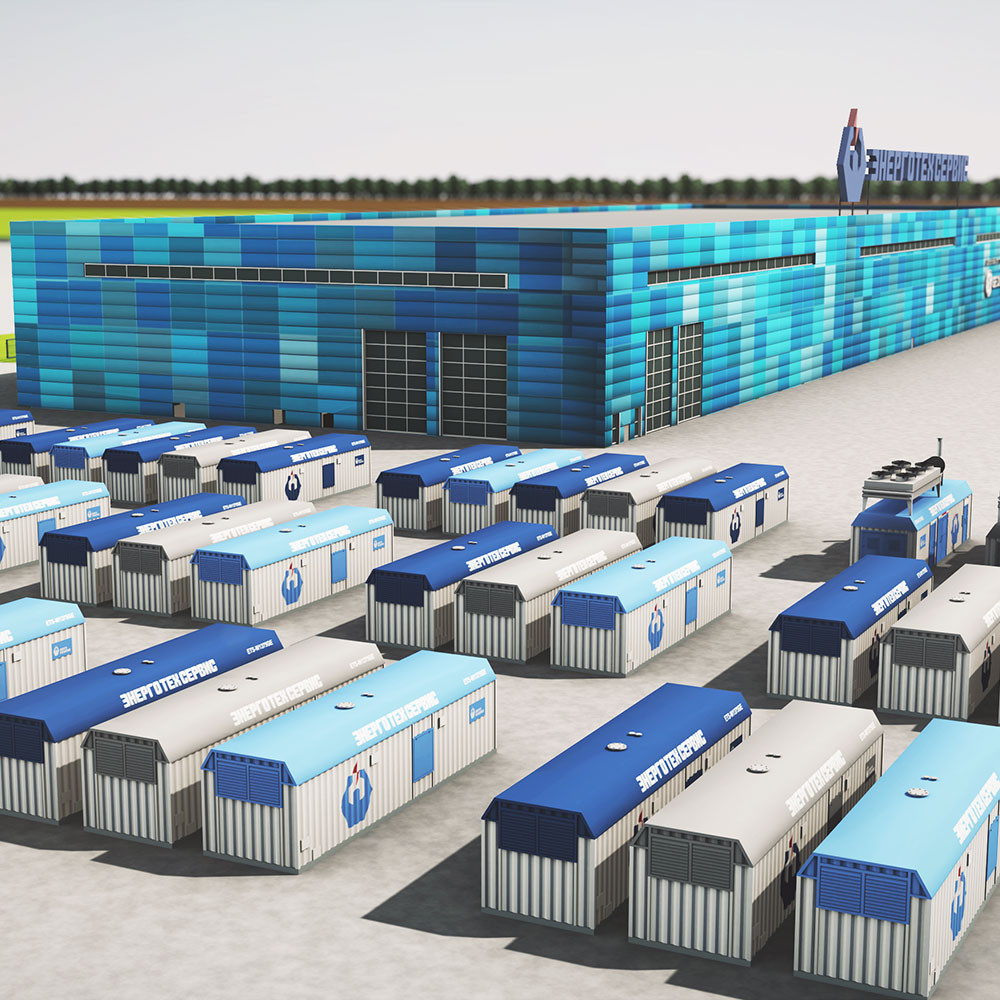 At the end of 2017, EnergoTechService and GE signed a contract for the supply of 28 GE Waukesha L7044GSI gas piston engines. Thus, the total delivery volume became 108 engines. The new units will replenish the rental fleet of gas-piston power stations EnergoTechService.

The company announced the launch of its program to increase and modernize its rental fleet of gas-piston power plants in 2016. By its end in 2020, the total capacity of the rental park will increase by almost 120 MW and will reach 0.25 GW of installed capacity. In accordance with this program, GE has already signed contracts for 108 GE Waukesha units with delivery dates of 2017-2020.

Modular GRPP based on the GE Waukesha VHP L7044GSI engine form the basis of the EnergoTechService rental fleet. С 2017 г. EnergoTechService independently maintains aggregation the GPU using VHP L7044GSI engines, Stamford & AvK PI736F2 generators and its own steel frames. The monitoring and management of the units is carried out by the ACS Prometey developed by EnergoTechService. An all-weather module for placing the generating equipment and engineering systems of the power plant in it has also been developed by the EnergoTechService designers. Since mid-2017, modular GRPP with a high degree of factory readiness with a unit capacity of 1.1 MW are produced serially and are offered on the market under the name ETS-W1390GE.

The first 16 units of the GE Waukesha L7044GSI GPE renewed rental fleet by the beginning of 2018 were successfully assembled and packaged. All these modular GRPP will be sent to Eastern and Western Siberia for energy supply of oil and gas fields.

Ivan Saprykin, Sales Director of distributed power equipment of  GE Power, said: "GE is pleased to partner with EnergoTechService. Together, we help Russian customers to ensure the fuel flexibility of their own generation facilities with the help of reliable and highly efficient equipment for distributed energy. "

To date, EnergoTechService is the holder of the largest in Russia and CIS contracts for the delivery of the GE Waukesha L7044GSI GPE. In September 2017, during the Tyumen Oil and Gas Forum, GE granted EnergoTechService with the status of the official distributor of the line of its gas piston engines Jenbacher with a unit capacity of up to 10.4 MW.

Based on the digital transformation, the GE Distributed Power division provides companies and communities around the world with the opportunity to receive electricity in cleaner ways, at any time, directly at or near the point of consumption, with or without access to a backbone power grid. GE offers a wide range of products, including high-performance gas piston engines from 100 kW to 10 MW with the ability to be used in various industries around the world. GRU from GE can operate on different types of gaseous fuels. To date, 35 thousand GE gas piston units with a total capacity of more than 36 GW have been installed in the world. In Russia there are about 700 gas piston engines GE with a total capacity of 1.1 GW.