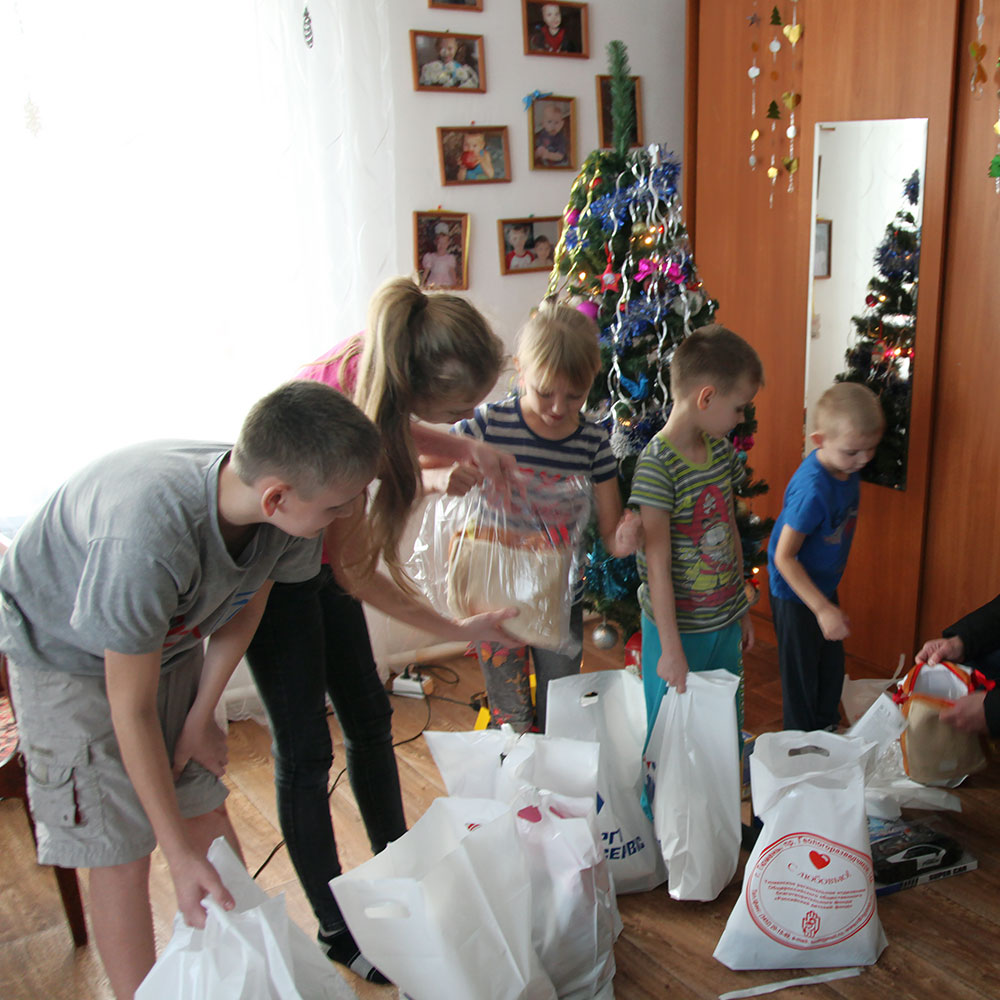 On this day, the power engineers visited four houses in the Tyumen district, in which large families live. Such trips have become part of the traditional «Gift day», as employees of the energy sector visit large families not empty-handed.

"Come to visit us, we will be very happy!" — these warm words the volunteers of EnergoTechService and the staff of the Tyumen regional branch of the Russian Children's Fund heard many times. And how: for one day they visited four large families from the Tyumen region.

It's hard to believe, but in these four families 30 underage children are being raised. It's like a whole group in a kindergarten or college, a full-fledged class in school … Families live in private houses - some in more spacious, others have smaller places. But, as they say, in cramped, but not offended.

As expected on a weekday, the popes were at work. The guests were met only by mother-mums and their children - those who have already returned from school or kindergarten. At first, many children, of course, hid behind the backs of the elders: not so often to their house comes so many strangers. But it took only a few minutes, and the children "opened up", began to communicate with energy professionals easily and trustfully.

Many were literally bursting with curiosity: what are the packages in the hands of the guests, to whom are they intended? Very soon it turned out that the packages had gifts for each child: funny backpacks with dogs, filled with candies and other sweets, as well as toy cars and helicopters, dolls, clothes and shoes. In addition, each child received a bad of tricks - it has everything to turn into a real wizard and, after a little training, to arrange whole performances on long winter evenings. The Gift Day is not the first joint event of EnergoTechService and RDF.

The power company actively participates in the charity programs of the regional branch of the fund. Thanks to the funds collected by the power engineers, in 2017 the foundation was able to pay for the treatment of five disabled children. This year, the company decided to try out another type of interaction - support for large families. The first experience was satisfied with everything: energy volunteers, and the children themselves. We hope that this meeting will not be the last!