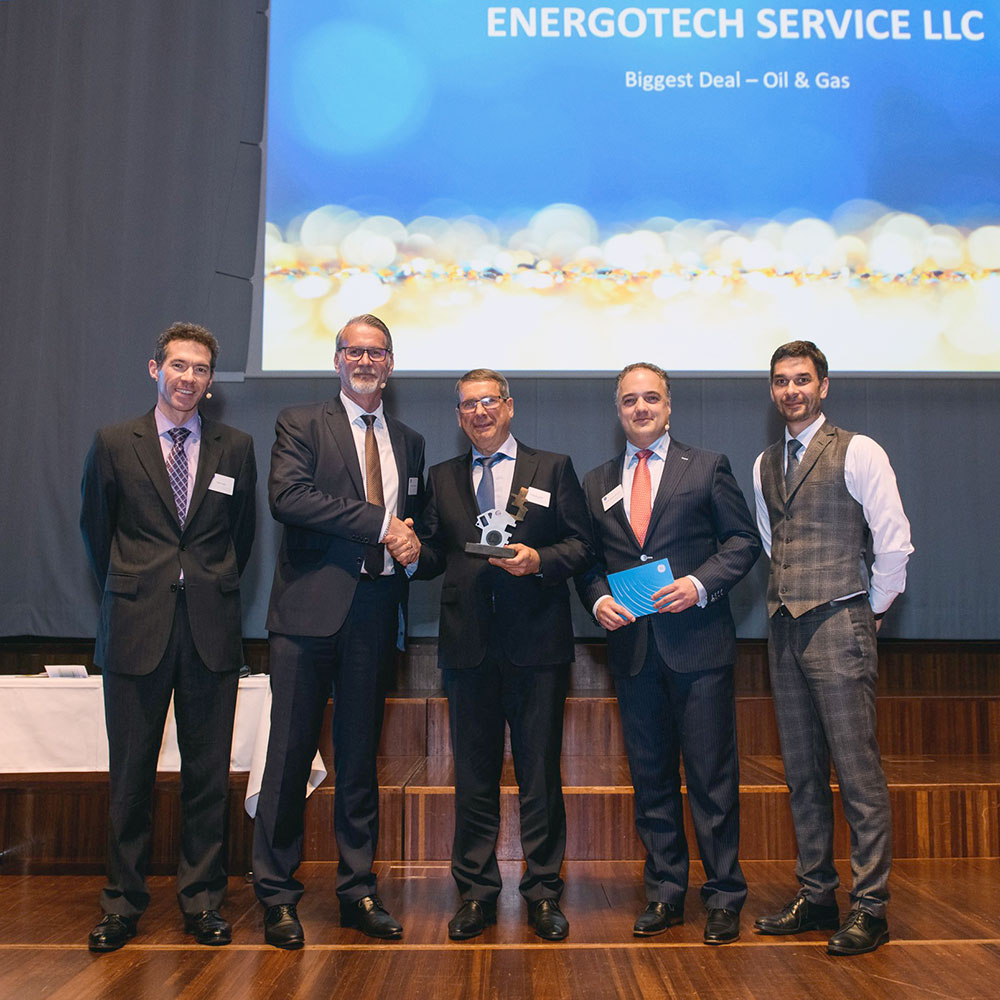 In April 2018, the employees of EnergoTechService, headed by the director A.A. Svergin attended a regular event held by GE Distributed Power (GE DP) for its distributors and service partners in Innsbruck, Austria.

About 200 delegates, representatives of GE DP partner companies from various parts of the world took part in the forum. "Powering Everyone" is the name given to the conference of distributors in the current year. It is this name that set the main theme of the conference - GE's achievements in energy supply for all the inhabitants of our planet. After all, today more than 1 billion people still do not have access to energy infrastructure. Two days of the forum - on April 24 and 25, 2018 - were devoted to presentations of GE activities in these areas, the exchange of experience and the opening of new opportunities for the team of its official representatives.

Part of the program was also the awarding of distinguished partners. Among the nine companies nominated for the prize, our organization was also named. The award "The largest contract in the oil and gas industry" A.Svergin received from the hands of the general manager for international commercial activities GE Power, Leon vanu Vuuren (Leon Jansen van Vuuren). The statuette, in the details of which the silhouettes of the components of the gas piston engine are guessed, will take its place in the museum of fame EnergoTechService.